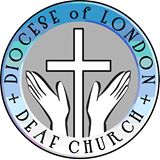 Did you know that hymn singing in the Church of England has only been allowed since 1820? Before then the music in churches and cathedrals was strictly controlled and was very austere. The free churches, such as Methodists did use hymns and it was after a controversy at a church in Sheffield where hymns had been sung, that it was agreed that hymns were probably a good thing! Okay…. so it doesn’t really make much difference in the Deaf church, but it did change the way we worship right up to the present time.

Many of the early hymns were poems which were then set to music. One early song writer was the priest George Herbert. He was born in 1593 and died in 1633. He trained to be an MP, but decided to become a priest and wrote several important hymns that are still sung in churches today. He was a very holy person with a strong prayer life. He cared for the people of his small parish until his death at the young age of 40. His writings have been very influential.

In the words ‘Seven whole days, not one in seven, I will praise thee.’ George Herbert reminds us that we need to worship and praise God everyday, not just one day a week on Sundays!

This site uses Akismet to reduce spam. Learn how your comment data is processed.